April 9, 2019
Another terrific day on the water touring Cameron LNG and looking for dolphins.
Welcome to Louisiana, Marbubeni and Origin Entergy 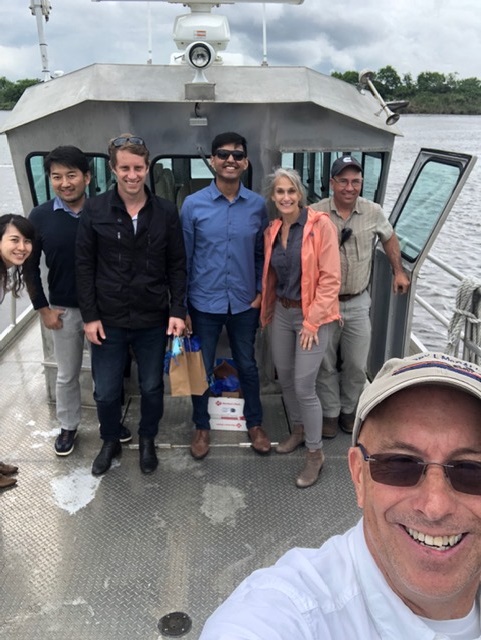 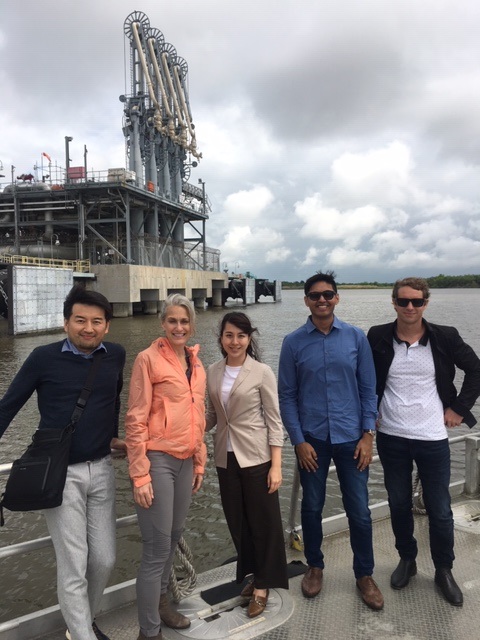 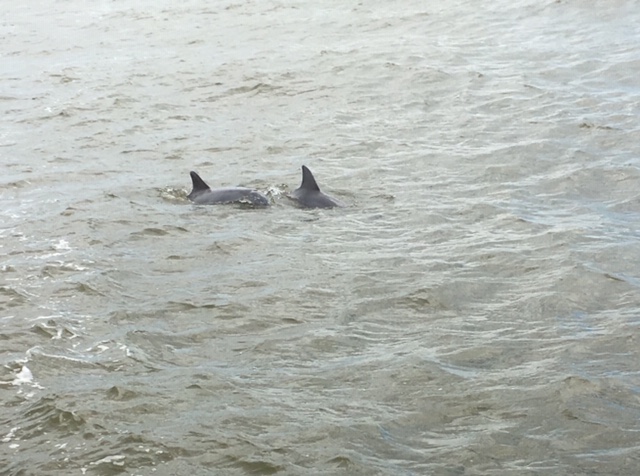 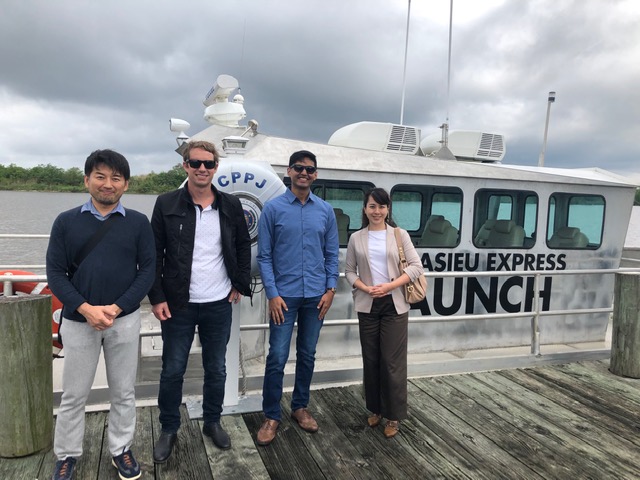 March 11, 2019
We had the pleasure of bringing 7 Mitsubishi and Tohoku Electric Power Representatives on a waterside tour of Cameron LNG. 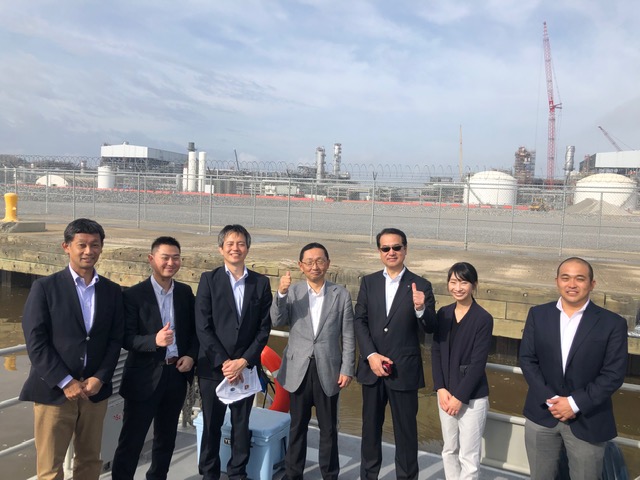 March 6, 2018
The Blue Star Marine Crew is in Cameron, LA replacing a NOAA instrument which provides data such as: temperature, dew point, relative humidity, precipitation, wind speed and direction, visibility, atmospheric pressure, and types of weather occurrences.
We're proud to assist with such a useful tool to mariner's across the Gulf Coast. 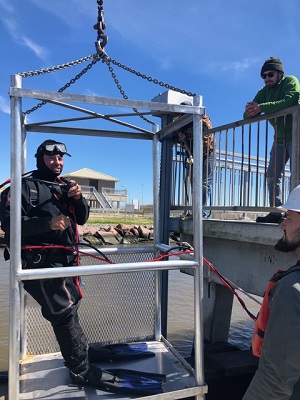 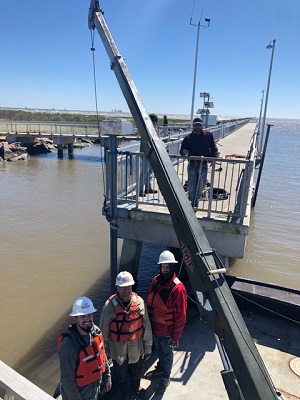 February 27, 2019
Blue Star Marine provided a tour of the Cameron LNG facility to Mitsui and Mitsubishi top officials.
Darrell and Cher introduced them to Mardi Gras and king cake. 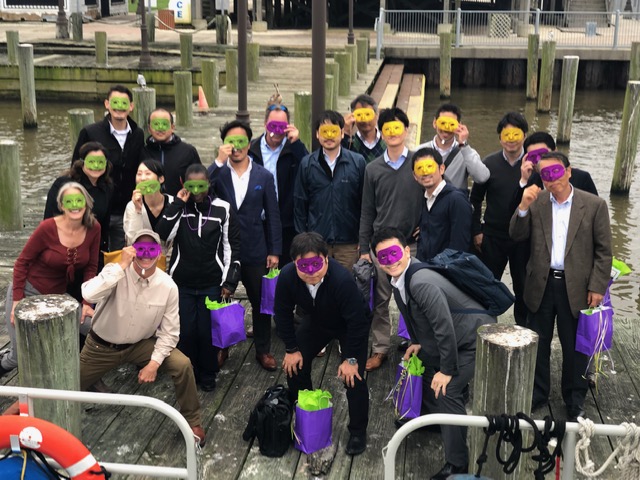 What a great photograph our captain took while on a launch to the CC BUOY. Looks are deceiving.....it was 3 - 4 foot seas.... 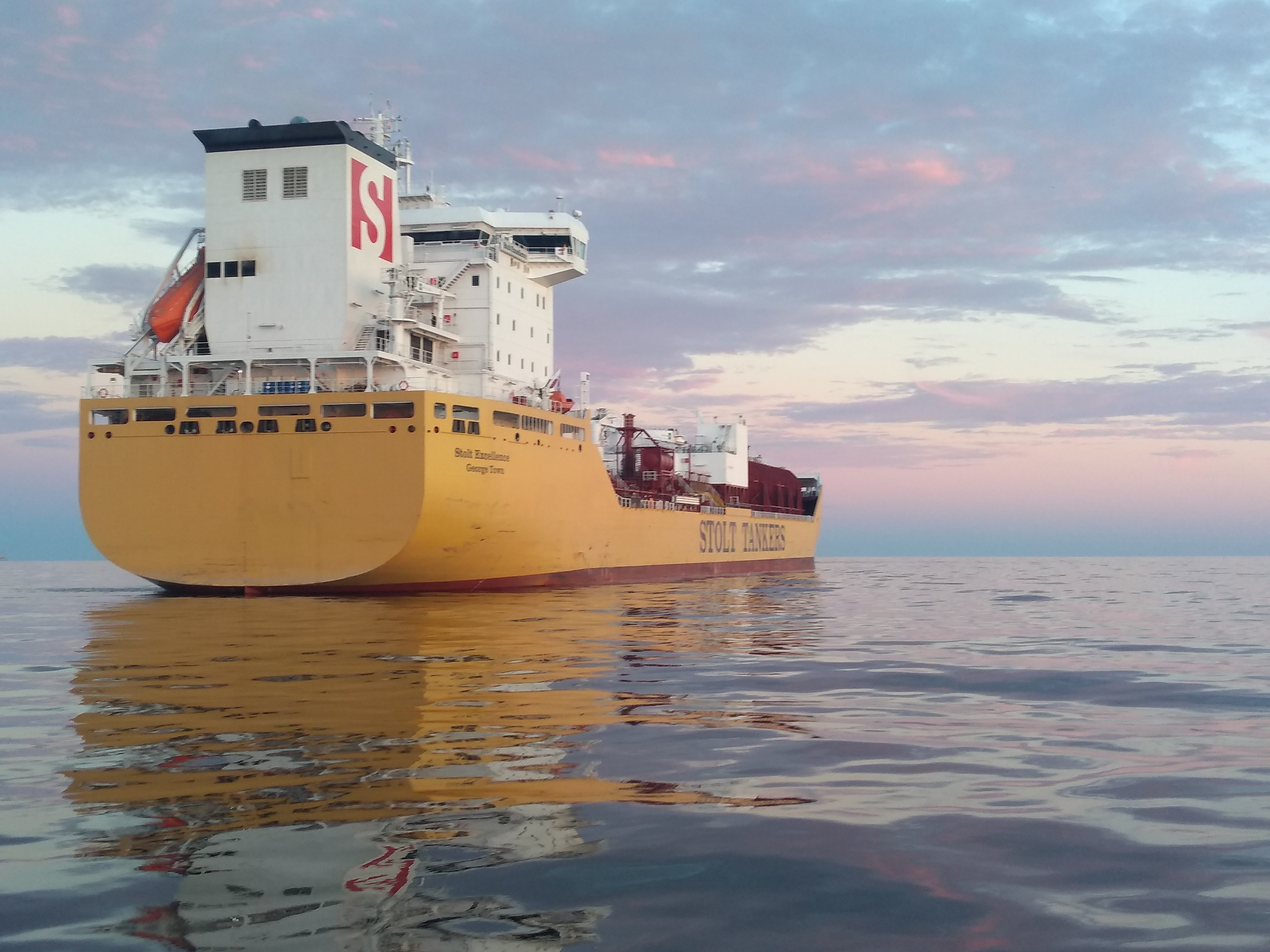